Home » eBay’s most profitable products of 2022

eBay’s most profitable products of 2022 With a significant increase in the cost of living due to rising energy prices and inflation at 10.7 percent– the UK is facing a major cash crisis. Today we can reveal the most profitable products sold one eBay in the past year.

While the inflation rate has decreased slightly in recent months, the cost of living is still close to a 40-year high and consumer confidence is at an all-time low. And according to a recent study, many Brits are selling their unwanted items to make extra cash during these testing times. With this in mind, data analysts at Wholesale Clearance UK conducted research on eBay’s top-grossing categories and brands of the last year that are guaranteed to earn you some extra money…

Knocking watches off the top spot, Laptops and Notebooks in the ‘Electronics’ category moved from 28th in 2021 to become the most profitable products for eBay sellers in 2022, with nearly £107 million grossed from the sale of 343,000 items between December 2021 and December 2022. The devices sold for an average of £256 and the most expensive item was the Panasonic Toughbook 13″3 tablet.

The Desktop & All-in-ones sub-category of ‘Electronics’ is also featured in the top 10, as the ninth highest-grossing product type, up from 15th last year. eBay sellers made £38 million from nearly 143,000 sales in 2022.

The increase in electronic device sales could indicate the sudden urgency for cash as costs continue to rise or even workers selling off work devices they acquired during lockdowns as they return to offices.

The second top-grossing product of the last year is Watches in the ‘Fashion’ category, with over £105.3 million grossed from the sales of nearly one million items – £64.7 million grossed from Rolex sales alone. On average, watches sold for £86.52 each and the highest-grossing single item was a Richard Mille Boutique Limited Edition of 50 pieces RM055 watch, which sold for £380,000.

According to research, the global pre-owned watch market could surpass the luxury watch segment by 2025 as consumers invest in timeless pieces that could fund their futures.

Women’s dresses in the ‘Fashion’ category is the third highest-grossing of the profitable products, collectively earning sellers £82 million from 4.4 million individual sales. The dresses sold for an average price of £15. The most expensive dress was a Gucci Kaftan Style Dress that went for more than its original retail price of over £10,000.

It is also the most popular category for people to sell items in, with Women’s Dresses, Women’s Tops and Shirts, Men’s T-Shirts and Women’s Jumpers and Cardigans all featured in the top 10 most sold.

A report recently revealed that the global fashion resale market will grow 127 percent by 2026, three times faster than the wider retail clothing industry. With people strapped for cash, most Brits agree that affordability and value was the key driver of consumer demand for secondhand clothes.

In fourth place is Bikes in the ‘Sports, Hobbies & Leisure’ category, with £70.5 million grossed in the last year from the sale of 207,000 individual items at an average price of £278.24 each. While still near the top, the amount of money made from second-hand bikes is significantly less than in 2021. Last year bikes were the second highest-grossing item, with the nation’s health kick seeing eBay sales soar at £209.9 million from the sale of nearly 5 million bikes.

Meanwhile, the study also explored the most expensive products sold on eBay and the top-grossing brands.

And the top-grossing brands are the same as the previous year, with Apple and Samsung first and second with £425 million and £124 million grossed overall. However, Rolex beat Lego to the third position with £64.7 million grossing over £53.6 million. 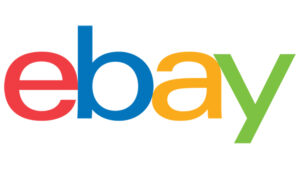